For the entire first year of Henry’s life, I realize now, we were operating on a kind of emergency setting. 365 days of uncertainty and chaos. People kept talking to me about making a routine, bed times and budgeting. Unfortunately, this only inspired guilt in me and no real urge to follow any of their advice. For the first couple of months, I am ashamed to say we actually moved the toaster into the living room. This was during the era of cluster feeding and being pinioned to the couch for eight hours straight — having the toaster within reach was sensible. It was supposed to be on a temporary basis only but the power of convenience won out over any sense of decorum, and the toaster has only just recently been reinstated in the kitchen.

As the baby reign of chaos continued, I’m ashamed to say there were other things that fell by the wayside during the last year including food shopping, laundry and personal grooming. The lack of food shopping invariably saw us resorting to a lot of take ways. It is a bad sign indeed when your local Chinese is sending you personal text messages informing you of special deals and whatnot.

I know that automation is considered by many as an advancement but does nobody else find it really demoralizing when you ring the pizza place and they can tell you what you’re about to order just by looking at your mobile phone number? Or maybe this only happens to me. It was one day recently when a neighbour of mine pointed out that we were probably single-handedly keeping the Irishtown chipper in business that I knew things had gone too far.

I began suffering take-away remorse. I admonished myself with a self-berating internal monologue. We were no longer in those crazy early days of babydom when you can barely even put the baby down to make a piece of toast. We were pathetic; the child was half raised at this stage, and we were still acting like children ourselves.

So now we are making a concerted effort to return to food shopping and cooking dinner like proper people. We still get pangs for the old sweet ‘n’ sour, but this homemade version is healthier and even tastier.

For the crunchy chicken:

Half a large pineapple (approx 300g when peeled and chopped)

Chunk of ginger, peeled and grated

Preheat oven 180°C. Slice the chicken breasts into bite-sized chunks. Arrange the flour in one bowl, whisk the egg in another and place the crushed corn flakes in a third. Line an oven tray with baking paper. Dip each piece of chicken first in the flour, coating evenly, then in the egg and finally into the cornflakes. Repeat with all the chicken pieces. Arrange the coated chicken on the tray and bake in the oven for 25 minutes until cooked through and golden in colour. Peel and chop the pineapple, omitting the hard core. Set half aside and blend the other half (approx 150g) with 100ml water to produce approximately 300ml juice. Take two tablespoons of this juice and mix with the corn flour in a separate bowl, set aside. Combine the soy sauce, the rice wine vinegar, the brown sugar, the ketchup, the chilli, the garlic and the ginger with the remaining pineapple juice and heat gently, stirring to dissolve the sugar. When the chicken is nearly ready, add the cornflour mix to the sauce and allow to bubble and thicken. Add the remaining chopped pineapple and the frozen Asian veg. Stir over the heat to warm the veg.

Arrange the chicken on three plates and spoon the vegetables and sauce over. Serve with rice and sprinkle the sliced spring onion over the top. 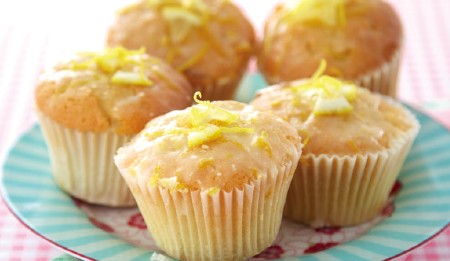 I mentioned previously that I was really hungry during my first trimester, so it was often a struggle to stay on track with the right foods when I was tempted to eat anything just to fill myself up!  This lead me to look for healthy snacks –and let’s face it, there’s only so much fruit … read more >