When I announced back in August last year that I was expecting twins, I fully expected to blog right through my pregnancy. However I ended up suffering from a number of complications and was on bed rest a lot of the time, but I also felt that I didn’t want to jinx myself further by writing about what was happening. It was a really difficult and at times, worrying pregnancy but I’m thrilled to say we got through it and our beautiful baby girls were born just after Christmas by planned C section. Maeve and Grace were born at 35+6 weeks, weighing 3lb 9oz and 4lb 12oz respectively.

As they were both fairly small when they were born, they spent some time in the Neonatal Intensive Care Unit (NICU). Grace was only there for 2 nights but Maeve spent over 2 weeks there which meant we didn’t take them both home at the same time. This was very difficult and emotional at the time. It was also subsequently very stressful trying to get in to see Maeve everyday with a baby and toddler at home, plus I couldn’t drive after the section. Thankfully we have a really supportive family who rallied around and helped us to get in to see Maeve as much as possible whilst keeping things ticking over at home. At time it felt like she was in there for months, but thanks to the amazing staff in the NICU, she was finally strong enough to come home. It was a really memorable day – we couldn’t wait to see them both together as they had literally been separated since birth. We also wanted to introduce Ellen to her other little sister. She had been talking about her little sisters since they were born but we don’t think she realised the implications of having 2 babies around!

So far so good, she has been really good with them. We are trying to spend lots of quality time with her in the evenings and at weekends. She’s still going to her childminder during the week – for the sake of everyone’s sanity!

As for the babies, they are nearly 6 weeks old now and the time is just flying. The days are a whirlwind of feeding, changing, more feeding and possibly the odd cup of tea and snack in between. In saying that, it hasn’t been as busy as I expected. They are so tiny, they mostly just eat and sleep at the moment. The nights can be hectic but we keep telling ourselves it’s only for a few months until they are (hopefully!) in a bit of a routine. I have no doubt it will only get busier during the day though! We had a funny incident last week where I was doing some finger painting with Ellen (we all needed a break from Peppa Pig) when my husband got a call to say the cows had broken out (we live on a farm) so he had to go and see to that. Of course when he left, the babies were sleeping peacefully and Ellen was happily painting. But as is the nature of a 2 year old, she suddenly decided she’d had enough of painting, just as Grace started to vomit. So there was a stressful few minutes of trying to clean Grace and keep her upright whilst frantically trying to clean Ellen’s hands with baby wipes (futile) whilst she wandered around touching everything in sight. I know I’ll laugh one day at the sight of those little paint blobs dotted around the place. For now it’s just a reminder of many more times like that to come – bring it on!

As I mentioned already, we have brilliant family support, but I have to mention my mum in particular. She has been amazing! From keeping us all fed, entertaining Ellen, minding the babies so we can take Ellen out, and most importantly, letting us grab some sleep when we can – we would be lost without her. Thanks Mum!

I’m looking forward to getting out and about again once I can drive next week. I won’t be taking the babies anywhere for quite a while though – they are just too small and it wouldn’t be fair on them. Plus I’d only get them into the car and it would be feeding time again! But just nipping to the shops by myself for an hour will keep me happy.

We are so excited to see them grow together and how their little personalities develop, but for now we are savouring every minute of their tiny-ness as it won’t last long!

I'm a Registered Nutritionist with an honours degree in Human Nutrition from the University of Ulster in Coleraine. Originally from Armagh, I now live in Wicklow with my husband. We live on a big sheep farm so there is never a dull moment! Mum to 1 year old- Ellen. I love trying out new recipes so my pregnancy is giving me a whole new opportunity to experiment with recipes and make them even healthier. I hope you enjoy trying some of my recipes!

View all posts by Kellie, Nutritionist 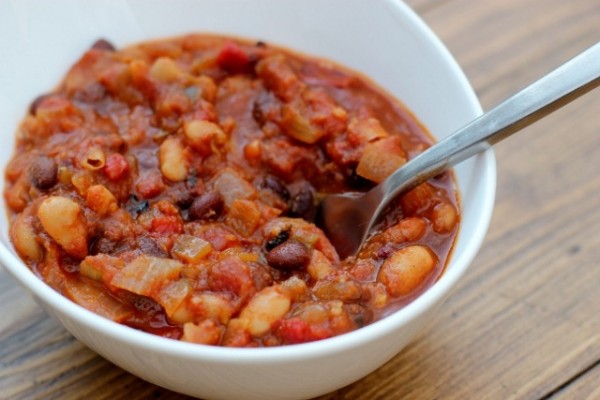 This vegetarian chilli recipe is so quick and easy, it’s not really cooking at all, and it’s hard to believe how healthy it is.  It’s a favourite in our house – super quick to make, and so filling.  You can serve it with rice (I prefer brown rice), but a bowl of it is quite … read more > 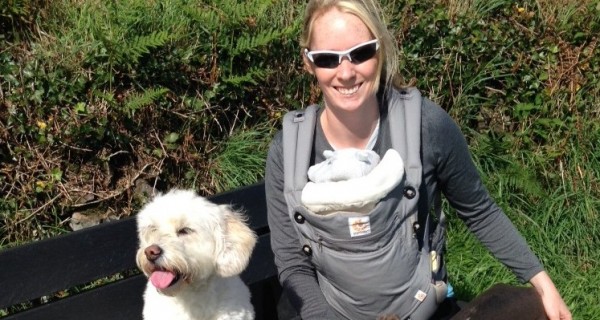 Dafne is four months old and is breastfed exclusively. I had a few breastfeeding essentials before Dafne was born, here is a list of a few items that I found useful. 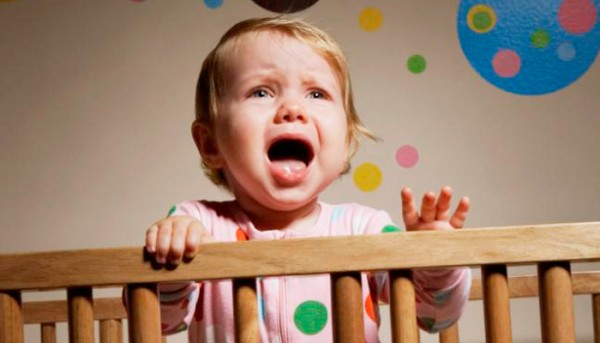